At a now-historic fourteen seasons, It’s Always Sunny in Philadelphia has the value of longevity without the need for change or major conflict. Dismissing common sitcom tropes and never adhering to the lovable gang with horrible morals, it’s impressive that it has remained fresh after nearly fifteen years. Not many shows can go through so many sensitive subjects such as race, abortion, gender, guns, terrorism, politics, and religion. What makes it practically special, unlike shows with a similar kind of vulgarity such as Family Guy, is that not only are the gang the makers of their own demise, but it’s how unaware they are.

Every one of these people are mentally damaged with traumatic pasts that haven’t been treated, which is quite unorthodox to any sitcom with a recurring cast. Usually, when a group of friends hang out together for as long as a sitcom depicts like in Friends or How I Met Your Mother, despite having conflict within the group, they had series long, emotional arcs that rewarded viewers. The fans of It’s Always Sunny are consistently denied this character progression, regardless of having the makings of another laugh track, multi-cam sitcom. It’s simultaneously a razor-sharp critique of uninspired sitcoms and one of the funniest shows about horrible people.

We follow four friends: Charlie (Charlie Day), Mac (Rob McElhenney), Dennis (Glenn Howerton), and his sister Dee (Kaitlin Olson), who run Paddy’s Pub in the heart of Philadelphia. Dee and Denis’ dad Frank (Danny DeVito), a recent divorcee and greedy former entrepreneur stuck in a cycle of behavior only acceptable in 1975, also joins the gang in attempt to reconnect with his kids. One of the major contextual differences between It’s Always Sunny and other sitcoms of is the absence of a recurring audience segregate (think Jim from The Office), someone who voices the moral reason of how odd the characters must seem to the viewer.

It’s Always Sunny is now one of the longest-running sitcoms in history, and has come a long way from its $85 budget between real-life friends Day, Howerton and McElhenney. The creators, writers, and actors all coexist in one team, and never is there any apparent friction, but rather complete creative freedom—something rarely seen in most sitcoms. It took a while for the show to grow an audience (it helped when DeVito joined the cast), but ever since, the following has remained loyal, and a change in format or character has been unnecessary.

Hell, the second episode of the entire show, “Charlie Wants an Abortion,” deals with the issue and our (2005, at least) hypocrisy towards it. Mac falls for a girl who protests against abortion, yet once she admits she is pregnant herself, Mac is quick to say she should get one. Given how much political correctness has changed since the show’s inception, it’s astonishing that there have never been major controversies that FX or the creators have had to deal with. It never feels like they’re trying to make a point with forced morals to be learned by the end, yet they criticize the biggest issues with the worst of people. All taken with extremities, the satire comes from the gang never coming to the realization that they’re the worst that Philly has to offer. Whatever social issue they’re challenging now, it is met with arrogance and greed.

One of the great recurring characters of the show, Cricket (David Hornsby), shows how the side characters are often bigger victims of the gang’s consequences than they are themselves. Cricket started out as a young and handsome priest, but after a relationship with Dee, he ends up homeless, in trouble with the mafia, hunted by Mac and Charlie, has half his face burned off, and becomes addicted to PCP. All of these things are the result of the gang’s neglect for others, yet Cricket keeps coming back to them. In the perspective of the gang, it’s never shown if they have any sympathy for Cricket or any of the pub’s regulars that float in and out of their lives, and that the obliviousness is apart of the comedy. 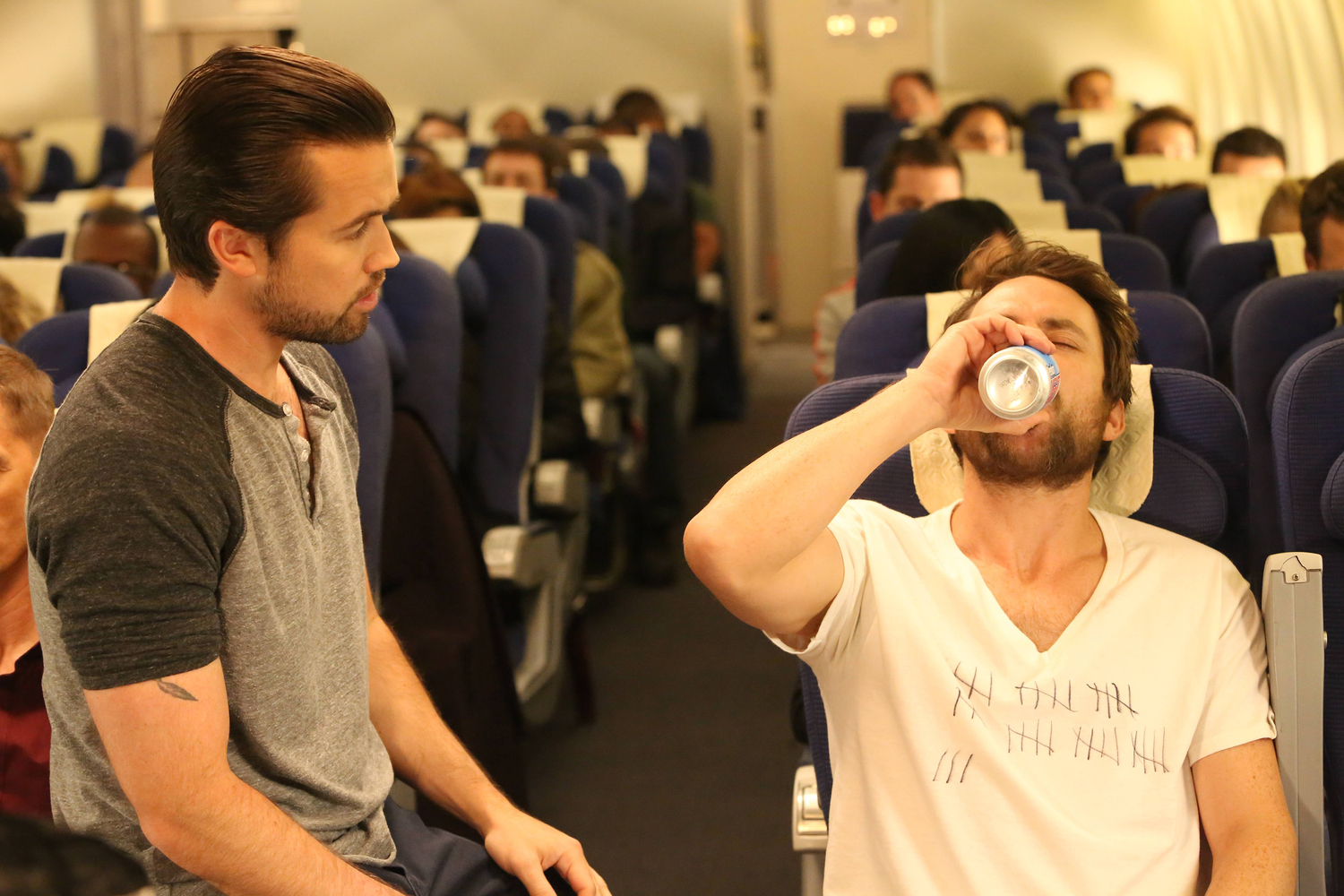 One of the best deviations that It’s Always Sunny makes from other sitcoms of its generation is how the friend group functions (if you can even call it functioning, hell, even friends). The only reason they still hang out at all is that they would come off as horrible lunatics to anyone other than themselves. You could say Dennis and Mac have a bromance like the one we see in Chandler and Joey from Friends, for example, but even then, there is so much bickering between everyone that it becomes more difficult to understand if these people actually like each other.

What makes the character dynamics even more nonsensical are the real-life comparisons in the writers to the characters. Charlie’s long-running and deeply sad obsession with the waitress has become of the best jokes in the show. The fact that he just can’t get over this girl (who, despite being nameless, could be a stand-in for all women) that clearly isn’t into him makes for the classic “will they/won’t they”, but Charlie is ultimately gross and lacking in social ques. Even when got together finally in “Dennis’ Double Life,” they can’t stop fighting and Charlie sees her as nothing more than just an annoyance. Yet, Charlie Day and Mary Elizabeth Ellis (the waitress) are very happily married and have been since the show started.

The same can be said for Mac and Dee when paired together, as they are usually at the height of differing personalities. With Mac’s desperate need to be liked and often obliviousness going together like oil and water, and Dee’s flirtations and always falling to the guys’ consequences. It’s even better knowing Mac (Rob McElhenney) and Dee (Kaitlin Olson) have been married since 2008. Surely this has happened before with on-screen chemistry blossoming into off-screen relationships (like Aston Kutcher and Mila Kunis meeting on That ’70s Show), but because the gang from It’s Always Sunny are so vile, it feels all the more unexpected.

It’s Always Sunny is just as perfect of an anti-sitcom as you can get. While the actors have branched out over the years (Charlie Day in Pacific Rim, Rob McElhenney in a brief appearance in the third season of Fargo, and Glenn Howerton now headlining A.P. Bio), the show never feels like it was ever writing around their absences. Famously in other sitcoms like Topher Grace leaving That ’70s Show or Steve Carell leaving The Office, this can lead to decline in viewership and quality with the characters being sorely missed. I could easily watch these characters for another fourteen seasons, seeing what else they could put DeVito through next and how they challenge any hot issues surrounding that year. It’s really a testament to how they have stayed clear of controversy, and it’s safe to they’ll keep out of scrutiny if they never change.